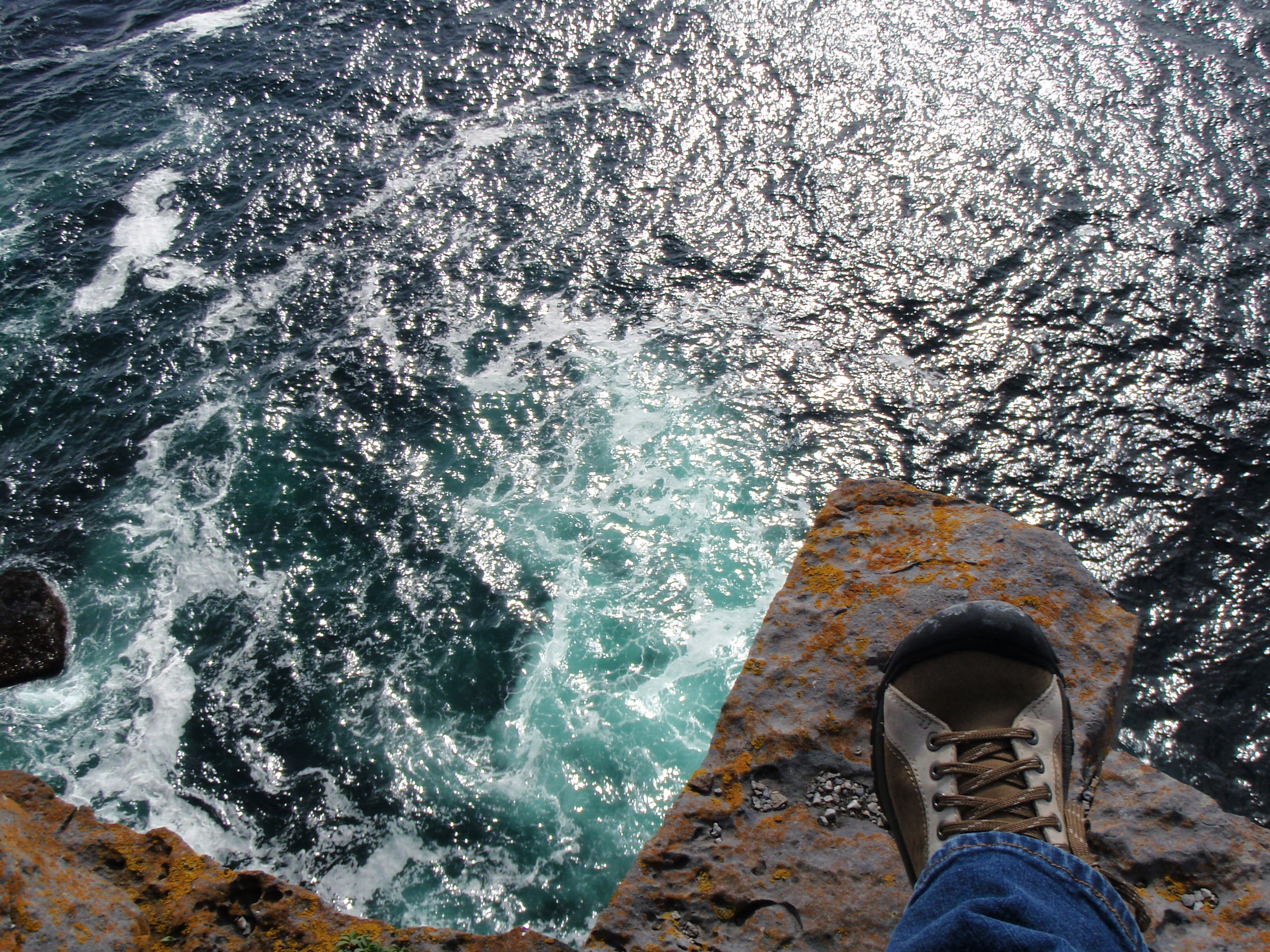 It was just over a year ago that I made the transition from being a church planting resident to a full time church planter.  I remember how thrilled and terrified I was to transition off the staff of The Summit Church.  I knew God had called us to plant in Washington, DC.  It was obvious He was working and I couldn’t wait to see the vision He had given us become reality.  At the same time, it felt like we were leaving every last remnant of security and stability behind.  We were about to jump off a cliff into a sea of uncertainty and the closer we got, the faster my heart was beating.

Now it’s been 12 months since we took the plunge.  I can tell you the thrill has far outweighed the terror.  God’s grace is stronger than my weakness.  Jesus really meant it when He said He would build His church.  Experiencing it all first hand has changed me in more ways than I ever would have imagined.

Somewhere along the way, I developed a great love for leaders standing on the edge of their own personal cliff.  It might be the cliff of planting, moving to a new church, accepting a new role at your current church or moving overseas for the sake of the gospel.  For me, the particular cliff doesn’t matter as much as the moment.  Do you jump or not?

In talking with leaders over the past year, I’ve become convinced of two things:

Yes, both of those are generalizations and I know there are exceptions.  You might even be an exception.  But, in general, those two convictions would serve young leaders and the church planting movement well.

If you are a leader in your 20’s, I absolutely love you.  You have amazing potential.  The fact that you are serving God at such a young age is beautiful and inspiring.  But if you aren’t old enough to rent a car, please don’t pretend you have a fully formed philosophy of ministry!  You need time to grow, to be tested, to be broken, to figure out who you are as a person and a leader.  In general, that means staying where God has you. Be patient. Learn. Pray. Grow. Submit to authority.  Your day will come.  But a blind leap off a big cliff rarely ends well.

If you’re a leader in your 30’s, I’m right there with you. Married. Two kids. A mortgage. A 401(k). A lot more to loose.  Isn’t it amazing how risks that wouldn’t have fazed us in our 20’s now seem borderline insane?  All of the sudden, the cliff takes courage.  But that isn’t the only thing that’s changed in the last 10 years – you have as well.  You’re actually ready to take the plunge.  By now, you know who you are as a person and a leader.  You know the kind of church you want to serve.  You know how you’re gifted.  You have something to say and something to offer.  Don’t run from the cliff just because your wife and kids are going to take the plunge with you.  Be strong and courageous.

Maybe another way of saying all of this is that if the cliff doesn’t seem scary, you probably aren’t ready to jump.  If it does, you probably are.  Don’t be afraid to wait but when your time comes, don’t you dare miss out on the thrill of jumping!

Starting a new series today @restorationcity.church to help us process the spiritual lessons of the pandemic. There’s so much to learn if we’ll slow down and pay attention. Love to have you join us in person or at rcc.church/online!
Great week with family at one of my favorite places in the world. #grateful
Off social media for the week. Time to slow down, be present, play with my kids, have fun, and enjoy the unhurried rhythms of lake life.
Lord, teach us to find joy in the ordinary and beauty in the simple. Free us from our addiction to epic.
So great to get this time together as a church! Huge thanks to everyone who served today. Filled with a sense of expectation for all God has in store for us!
No in person gathering this Sunday but get registered for our church picnic!! July 4, 11am-2pm, Barcroft Park in South Arlington. See you there!